A Look at How Technologies Devised for Space Have Revolutionized Healthcare When we look into the night sky we see stars and celestial bodies, and if we are lucky enough, we may even have a telescope to peer deeper into its vast depths. Most of us are left in awe of the mysterious beauty and expansiveness of space, yet rarely do we walk away from that experience thinking about the medical technologies that exist today thanks to space exploration. Turns out we don’t have to look very far to see these benefits are all around us.

For example, did you know that technology from telescopes has been adapted to save women’s time, money, and in some cases, their lives? NASA and Scientific Imaging Technologies, Inc. developed a charged coupled device (CCD) for the Hubble Space Telescope that has since been adapted to detect breast cancer. Known as Stereotactic Breast Biopsies, this CCD technology is cheaper, faster, easier, and more accurate than other methods. 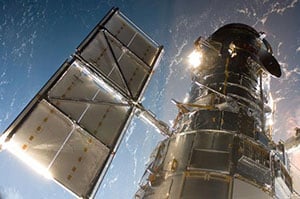 Telescopes continue to give us more benefits with their light refraction technology which has revolutionized ocular screening tests especially for children. Certain ocular diseases and defects cause light to refract in distinct and noticeable ways. Knowing this, NASA and the Vision Research Corporation used this technology to create VisiScreen, which takes a detailed and enhanced picture of the eye and analyzes the light refraction qualities present. This process is a wonderful advancement as the test is noninvasive and performed as quickly as taking a picture. 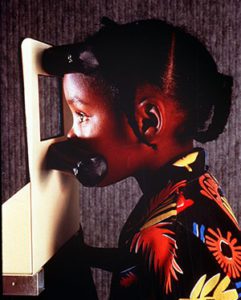 Those are just a couple of benefits that stem from a telescope’s technology. We haven’t even begun to explore the medical benefits that grew from other space exploration technologies.

The eyes also benefit from a video game software developed for training NASA astronauts. Prior to entering the International Space Station, astronauts on space shuttle missions had to perform a docking procedure. This maneuver was as difficult as it was dangerous, because one wrong move could cause the shuttle to collide with the space station. To avoid this, NASA created a video game software known as autonomous rendezvous and docking technology, which rapidly detects and accounts for the movement of both the simulated space station and the shuttle.

Alcon and the Autonomous Technologies Corporation adapted this same software to perform in Laser-Assisted in Situ Keratomileusis (LASIK) procedures. 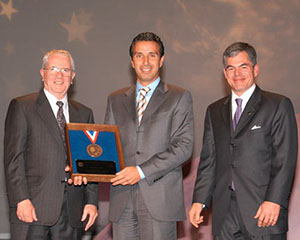 The software, rechristened LADARVision 4000, analyzes patients’ eye movements, creates a precise model of the cornea, and provides guidance for optimal reshaping. LADARVision 4000 can track eye movements at a whopping 4,000 times per second, resulting in safer, better, and easier LASIK procedures for patients and surgeons. More and more people are now leading lives without eyeglasses or contact lenses thanks to this laser vision-correction surgery.

Even babies benefit greatly from space technology. In the early 1980s NASA’s Closed Environment Life Support System program explored the use of microalgae as a food supply, oxygen source, and waste disposal system on long-duration missions. DSM, a global leader in micro algae products, discovered an alga that produced two essential fatty acids for human development, DHA omega-3 and ARA (arachidonic acid). Both are proven to contain nutrients present in human breast milk that support brain, eye, and heart health, along with other nervous system functions. Baby formula lacked these essential nutrients, so Formulaid was developed to remedy those shortcomings and is now used in virtually every baby formula around the world. 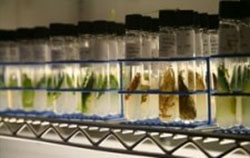 The benefits of space technology extend to our safety as experimental plant growth in space led to better air quality for both humans and animals.  The release of gases such as ethylene created problems on the Space Shuttle and led to premature decay and spoilage of plants onboard. A NASA Research Partner in Wisconsin developed the first ethylene scrubber to combat this issue. In 1995, the scrubber was taken aboard the Space Shuttle Columbia and proved to be a successful tool.

A company, Aerus, then created ActivePure air scrubbers for commercial use to eliminate harmful contaminants in the air and on surfaces. ActivePure devices have been installed in facilities with high risk for contaminates such as schools, hospitals, restaurants, animal shelters, and even several professional athletic teams’ locker facilities. Once installed, testing showed bacteria counts and air particles were dramatically reduced leaving behind purified air. 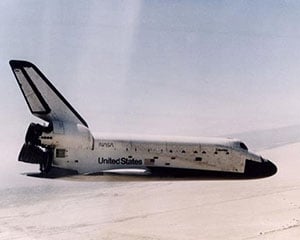 From the beginning of the space program, the technologies and lessons learned from these efforts have had countless implications in our daily lives. Health care is by far the most personal of these and is just one of the many reasons the Space Foundation is proud to herald the innovations especially the medical ones through the Space Technology Hall of Fame and Space Certification programs. In fact, just this year, the Space Technology Hall of Fame inducted three technologies to include the Apollo 70 Cardiac Care Monitoring System developed by Spacelabs and NASA to remotely monitor astronauts’ vital signs. The first man to walk on the Moon in 1969 was wearing Spacelabs’ health monitors, and today these systems are used in hospitals all over the world. From breast cancer detection, enhanced imaging, to remote monitoring, better accessing the heavens also gives us incredible access to ourselves.

The next time you look up at the night sky, you can walk away thinking not only of the awe-inspiring view, but the novel uses of space technology that have benefited us all.

« Educators: Take Advantage of Social Distancing Time by Applying for These Grants